Welcome to the review of the Lost Surfboards “Sabotaj” by Matt Biolos and Taj Burrow.

The first thing I noticed about the Sabotaj was the fuller nose area and the quite narrow tail. This translated into a board that was quite easy to paddle into waves including late drops etc, but also remained very manoeuvrable under your back foot through steeper and more critical sections.

I’ve been able to ride the Sabotaj in a variety of conditions over the last few months to real feel out the board and it’s overall performance. The board has been designed as a great board to travel with, and will perform well in waves from 2-10 feet, and while you can surf it across this size range, there re definitely areas where it performs better than others.

While I was able to surf the board in average waves around 2-3ft and it went ok, the bard definitely performed when it was a little bit larger (overhead – well overhead) and also in steeper and suckier waves. I felt the Sabotaj really wanted a wave with push and was designed to control speed, not to generate speed like it’s brother the Beach Buggy 2.

The volume in the Sabotaj felt low, so if you’re thinking of grabbing one, maybe add a 0.5L to the board, or if you’re looking between two sizes, I would suggest the larger one. This will allow the board to perform across a much wider range of conditions.

If you are thinking of travelling somewhere with decent waves and maybe only want to take the one board, this is the board. This definitely sings true to the quiver killing boards that Matt Biolos puts out and will cover everything 2ft and well beyond.

The “Sabo_TAJ” is the result of ongoing design development between Taj Burrow and Matt Biolos.

Meant to perform in the widest range of conditions by minimalistic means, and essentially provide Taj a one board weapon for his last minute, whirlwind travels …where theres no time, space or desire to pack a proper quiver. The Sabo_Taj is equally at home in 2′ shore break as 8′ Indo, and everything in between. Taj rides it 1″ shorter, but a touch wider, than his typical #Pro_formance short board, but depending on your preferred use, it can be ridden even a bit shorter (or much longer) for various, and equally effective degrees of diversity and fun.

We began with the …Lost Rock-Up chassis, and made refinements and tweaks (based off TBs input and feedback over several boards) until it became its own entity altogether. From the Rock-Up, to Round Up, to the Mini Driver, and more than 10 years of developing shorter, wide nose, low entry “quiver killing” travel boards, we feel like this is the best one yet. The Sabo_TAJ features a modest, overall rocker that is “shifted back”, so that the entry is low, fast and drivey. The tail rocker has the curve and release of a high performance step up for tight radius whip and control. The rail line creates a shallow concave under and between feet to add lift and freedom, but zeros out in the nose and tail, to keep things catch free, forgiving, settled and precise. Theres a slight double concave cutting through the tail rocker which adds lift and speed in smaller waves, as well as drive in larger ones.

The outline, with its noticeably wider than average nose (and a pulled in round tail) is semi elliptical and continuously curving, lending a feeling of catch free ease. Combined with the low entry rocker,this outline enables the board to be ridden quite short. The tail is pulled in “late”, but still features enough surface area in the fin area, under the rear foot, to be surfed fast and radical in every day waves, while the narrow tail tip holds in solid surf and tube riding, when asked.

Powerful Indo reef waves, punchy beach breaks, compact slabs, lined up points or even soft lumpy rollers, the Sabo_TAJ provides effective consistency, with the ability to be pushed to reckless and radical Taj Burrow levels, in nearly all conditions

To stay up to date with all that we are doing on The Surfboard Guide, make sure you subscribe – but also check us out on:

Thanks also to Sam from www.instagram.com/yousurf_ifilm for the additional footage!

Music By The Passion HiFi
www.thepassionhifi.com 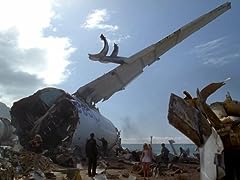 $1.99 (as of September 21, 2020 - More infoProduct prices and availability are accurate as of the date/time indicated and are subject to change. Any price and availability information displayed on [relevant Amazon Site(s), as applicable] at the time of purchase will apply to the purchase of this product.) 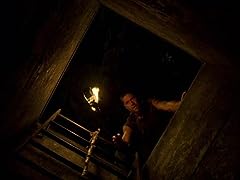 Man of Science, Man of Faith

$2.99 (as of September 21, 2020 - More infoProduct prices and availability are accurate as of the date/time indicated and are subject to change. Any price and availability information displayed on [relevant Amazon Site(s), as applicable] at the time of purchase will apply to the purchase of this product.) 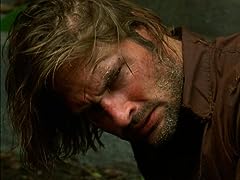 A Tale of Two Cities

(1597)
$2.99 (as of September 21, 2020 - More infoProduct prices and availability are accurate as of the date/time indicated and are subject to change. Any price and availability information displayed on [relevant Amazon Site(s), as applicable] at the time of purchase will apply to the purchase of this product.) 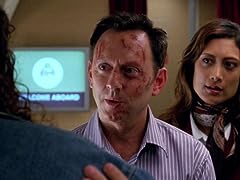 $2.99 (as of September 21, 2020 - More infoProduct prices and availability are accurate as of the date/time indicated and are subject to change. Any price and availability information displayed on [relevant Amazon Site(s), as applicable] at the time of purchase will apply to the purchase of this product.)

Looking good on this model.

Hi sir great reviews! I was wondering what are your Height and Weight?

im mclovin it keep it up

Craig, I dig the way you surf like a regular guy looking good! Nice reviews too, wish we had Australia waves here on east coast US though. Keep it up.

Good review – and your surfing style has lots of flow, simplicity and ease. Smooth operator!

@thesurfboardguid You think this board would go well if it had R-4 channels and a swallow tail? Thanks in advance, great review as always!

What would be a good short board for 2-4 foot waves then. Like Southern California Waves, channel islands or lost boards

Would this be a good board for a beginner to intermediate kid in Hawaii in average to good surf.