This episode is about Channel Islands new surfboard model the “Twin Fin” with Noel Salas. This Twin Fin is custom tailored to Noel’s likings and he rides it in all different size waves and tests it thoroughly with three different fin types.

Sit back and enjoy the review as Noel goes into detail about the attributes of this board and what makes it so special. He covers the rocker, concaves, outline, rails, and the tail of this fun little board.

Noel states that he has been surfing since he was 9 years old he has never ridden a twin fin before. It took a bit of getting used to at first because the board is so loose and fast. It took roughly 8 days of shooting to accumulate the footage for this review and Noel is addicted to it’s speed and flow. It draws different lines with bursts of speed and loves to be on rail, says Salas.

This board is very fun in waves from 1 to 5 feet and is a keeper for Noel’s quiver for this summer. Noel also compares the Twin Fin to another one of his favorite small wave boards by CI called the Pod Mod. The comparison between the two is night and day and the viewer will have a chance to see them both and make their own decision for summer.

Here is what the Channel Islands website has to say about the Twin Fin:
The Twin Fin has a retro 70’s feel, with updated performance qualities. It was originally designed and hand shaped by Britt Merrick when asked to compete in a surf contest where shapers ride retro boards they have created themselves. Inspired by a twin fin that his father Al had shaped for himself in the late 70’s, and that a friend had recently found at a garage sale, Britt took a template off it, drew it on a blank and updated the rocker to have a more modern feel with added positive drive and carving ability. Thus, the new CI Twin Fin was born. The Twin Fin has been tested by Britt, Dane and CI Factory pilots in everything from weak beach breaks to good Rincon and has proved to be a fast and fun wave catching machine.  To offset negative characteristics of a usual high-volume retro design, the Twin Fin’s rails are tapered and relatively thin feeling for added sensitivity and responsiveness.The Twin Fin comes with two CI Futures fins, perfectly tuned for the design, and an all-new CI trailer that we hand shaped and foiled at the factory just for this board.
Ride the Twin Fin 2” to 4” shorter than you are tall; 1/2” to 1” wider, and 1/8” to 1/4” thicker than your normal shortboard.#CITwinFin 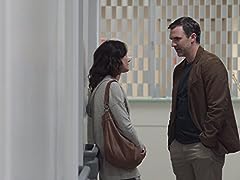 $2.99 (as of October 24, 2020 - More infoProduct prices and availability are accurate as of the date/time indicated and are subject to change. Any price and availability information displayed on [relevant Amazon Site(s), as applicable] at the time of purchase will apply to the purchase of this product.)

$1.99 (as of October 24, 2020 - More infoProduct prices and availability are accurate as of the date/time indicated and are subject to change. Any price and availability information displayed on [relevant Amazon Site(s), as applicable] at the time of purchase will apply to the purchase of this product.)

(as of October 24, 2020 - More infoProduct prices and availability are accurate as of the date/time indicated and are subject to change. Any price and availability information displayed on [relevant Amazon Site(s), as applicable] at the time of purchase will apply to the purchase of this product.) 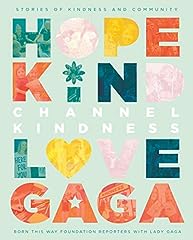 $14.99 $14.35 (as of October 24, 2020 - More infoProduct prices and availability are accurate as of the date/time indicated and are subject to change. Any price and availability information displayed on [relevant Amazon Site(s), as applicable] at the time of purchase will apply to the purchase of this product.)

Im not even here about the board! Im just here to watch you shred!

Fantastic way of explaining. Thanks for your knowledge

Check out the vid of Fistral Newquay 1981, shows Shaun Tomson ripping on a twin.
But the surfing in this vid is more loose ripping,…. great stuff.

Top review thanks for the feedback with the fins

Another awesome review. I just checked out a 5’5″ stock dims this afternoon. I’m on the fence about the tiny center fin. I have the MTF and really like the Futures center fin on that board. It’s slightly larger than the one on the new Twin fin I saw this afternoon. I believe the two front fins on the MTF are the same as the one on this newer model. The MTF is a very pockety board, i’m surprised this board with very similar outline and fins set up is not.

what do you think about going a bit thicker than stock….2 7/16? is it gonna sit to high in the water? planning on using it in the small stuff mainly…my local is pretty flat faced and can be weak…

Hey Noel this video helped a lot. Thank you for the great information and it sums up a lot of confusion I had about some of the other boards as well. Keep on the shred sled your killing it.

Great show… are you only going to review CI boards?

Don’t happen to have one for sale, do you?

Awesome review Noel, such great info!! You actually helped me to make a difficult choice between getting a traditional keel fish twin or a high five or pod mod. I’m currently riding a weirdo ripper 70% of the year and when the waves are right for it, it’s the best board I’ve ever had, but it can be temperamental. This twin fin would be a great add to the quiver for those days the weirdo wouldn’t quite do the job. What’s great about your reviews is that you actually have good footage of you surfing the board and you can get a really good idea of how it goes. Great surfing btw!

This guy is the best surfboard reviewer!
I’ll check all his work now. Thanks Noel.

Hands down, and by far, the best surfboard review on line. Too bad that only CI Surfboards are been reviewed. I mean, that’s great, but could be better if, for example, Firewire Surfboards would be included too. Congrats.

Great review once again! I’ve never ridden a twin fin and am a bit nervous about not being able to generate speed from a centre fin. What’s your thoughts? I’m 5’10 and 75 and vol my boards around 27 to 29ltrs…What do you reckon on volume and size on the twin?

I love this review…so much good information and you absolutely shred! I really like this twin fin and I’m really interested in getting one. I’m lower intermediate, 165 pounds and 6ft tall…what size would you recommended?

Also in my 40’s and still ripping. Looking sharp Noel – snappy and active on the wave. Frothin’ for a CI Twin. New Flyer is the best board i have ever owned.

What the fins model or name?

I really like how you do a very thorough review AND include video of you surfing the board. You rip, and it’s great to see the board in action.

Bro!! Great reviews!! You are ripping and really insightful. Thanks!!!

Hey Noel, thanks for getting back to me. Quick question, I’m 5″6″ in shape but have a bigger build weighing in at 165 lbs. I would say I’m an intermediate surfer doing more rail surfing on my other twin. What size would you recommended for a guy like me?

Good review!… but why did they copy DHD’s †he twin, replicate the same outline and even call it the same name but still not give Darren credit. Unethical

Best surfboards reviews ever, real informative about what they suposed to do in a wave, surfboard construction details and how fins can offer diferent rides, all in wow !!! Really like this Twin Fin review, the last one i had was 10 years ago, i´m really interested one of these, i´m 5´9 , 165 lbs, intermediate + surfer, should i go whith the stock 5’9 ? Or go custom maybe a 5´6 or 5´7 in what liters ? Thinking about 28/28.50 liters ? What do you think ? The one i had was a retro twin whith 30 lt +- , but this one has performance and i don´t want to loose that, paddle power is important too .
My HPSB are around 27.50 LT, i do 40 years in october , getting older 🙂 Thanks in advance , Carlos .

Great review!! and when i saw this twin fin i thought it looks similar to wired ripper. and i am thinking to try to put those twin fin setup on wired ripper. what do you think??

Thanks Noel…..I’ve been surfing 28 years so I’d say advanced…One of the guys at CI recommended 5’7 today so that’s matches your idea. Keep up the good work!

this guy is really good surfer and explain so good! thank you from Barcelona

I wish you compared the twin fin to a mtf altered.