Having lived in Southern California most of my life, I’ve come to really appreciate the surf in Malibu. In this video, Simi and I review our top 6 favorite surf spots in Malibu!

I’m Shan and I’m Simi and together we are Surf Play Love. We decided to do a little Vlog
about the past couple of weeks. Simi decided to come visit I decided to show her my favorite parts of Malibu. Actually we at the moment in Malibu as well and that is how our life is looking at the moment. We checked out a few different places, so spots and show you with all the drones shots our favorites.
The first one I’ll talk about is County Line. County Line is one of my favorite surf breaks on the planet so far, still. And I mean a part of it is because it’s one of the surf breaks that I first started surfing at consistently. When I first started surfing and my brother introduced it to me. It really does have a special place in my heart. I have so many good memories about surfing it with my friends and my brothers. It’s an interesting break, in that it can have some power behind it when there’s swell, but the take off is still relatively easy. You do have a lot of time to do maneuvers on the wave that just gives you enough time to practice turns to
practice snaps cutbacks. Whatever but it can still have enough steepness and power to surf on a short board. There’s a point as well which is a right-hand Point Break which you can get you know easy 100 meter rights from. And there’s also kind of a beach break area where you get some A – frames and you go left or right. Overall I love county line.
I wanna talk a little bit about my favorite surf break in Malibu or let’s say in the whole LA area, and it is Zeroes.
So the cool thing about this break for me personally is that the entrance is sandy because my feet are really sensitive. You can paddle around the breakers. You can avoid the breakers and so it’s really really beginner friendly. It’s a really really cool break! So there’s the little current but that is not strong. What I really like as well is this area where I’m actually sitting right now. It’s a chill-out area. You can do a picnic and it’s just all in all a really great place to be.

So the next break I’d like to talk about is Leo Carrillo and I think the Leo Carrillo is also one of my favorites breaks in the world. It’s a right-hand Point Break. I think it’s a
Point Break in the truest sense. There’s one take off spot typically, and it’s right next to the rock. Everyone kind of fights for that rock and it’s really kind of unique because everyone just keeps trying to get closer and closer to the rock and even behind the rock. It’s really just kind of a competition of who has the most balls and and can get closer or even beyond the rock. You’re actually taking off right in front of the rock and avoiding it. You know some people get barreled and stuff just depending on the size of the swell so it’s really awesome. It does have a lot of rocks at the bottom so if you’re exiting sometimes it can be kind of hard on the feet. You can obviously wear booties if you would like or try to exit really far to the right where there’s less sharp stones. All-in-all I think it’s just such a perfectly shaped wave and I really enjoy riding it.

Malibu Pier or Surfrider Beach whichever name you prefer.There are two cool things about this beach. First of all there are three breaks. We have first point, it’s a really really long and mellow longboard wave. And we have second and third point. Second point is just a short board wave. Third point personally, I like that it’s just sandy.
It’s also the place where Baywatch got shot. It’s super touristy but it’s super cool and when you actually see the lifeguards you think back to the series and you feel like you’re in a beach life.

The other surf break I’d like to talk about is Point Dume. Kind of like a cliff area and there is a right-hander that breaks off of there. Unfortunately when we’re doing the drone footage the surf really was not working, but we did get some really kick-ass drone shots.

There are actually three things about Staircase.
First of all there are not a lot of people, means not a lot of people know this break and that is really nice.
Second it’s really mellow and really easy to surf, and third and that’s actually negative one: Don’t go there by high tide because it’s breaking on shore.
You don’t want to be there;)

So guys thank you for watching our vlog. We’re gonna be doing periodic vlogs every week actually. So keep a lookout for those and until then, see you in the lineup! 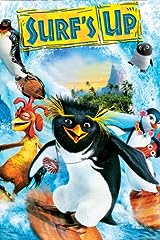 $3.99 (as of November 18, 2020 - More infoProduct prices and availability are accurate as of the date/time indicated and are subject to change. Any price and availability information displayed on [relevant Amazon Site(s), as applicable] at the time of purchase will apply to the purchase of this product.) 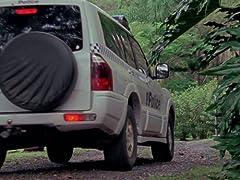 $1.99 (as of November 18, 2020 - More infoProduct prices and availability are accurate as of the date/time indicated and are subject to change. Any price and availability information displayed on [relevant Amazon Site(s), as applicable] at the time of purchase will apply to the purchase of this product.) 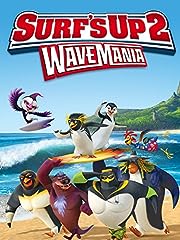 $12.99 (as of November 18, 2020 - More infoProduct prices and availability are accurate as of the date/time indicated and are subject to change. Any price and availability information displayed on [relevant Amazon Site(s), as applicable] at the time of purchase will apply to the purchase of this product.) 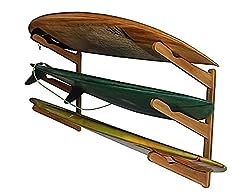 $78.99
DISPLAY AND SHOWOFF YOUR PASSION: Cor Surf wall mount rack is display and storage space for your prized surfboard, longboard, wakeboard, snowboard, skateboard or kite board. Go on, let your gear take pride of place! BEAUTIFULLY CRAFTED: Cor Surf skat... read more
(as of November 18, 2020 - More infoProduct prices and availability are accurate as of the date/time indicated and are subject to change. Any price and availability information displayed on [relevant Amazon Site(s), as applicable] at the time of purchase will apply to the purchase of this product.)

Good video Shan, congratulations!
you are more than welcome here in Costa Rica, When you can, We can to talk about our better places here in C.R
Just let me know…

not that i care about staircase, secos, malibu, or zeros (4 of the mushiest shittiest “waves” in Socal)… but the irony of ” staircase is great because no one comes here or knows about this wave” while simultaneously spewing the info to the world is just comedic to me. Cute and comedic.
also sick stinkbug style to like 90% of whomever they showed surfing in that clip. sicky